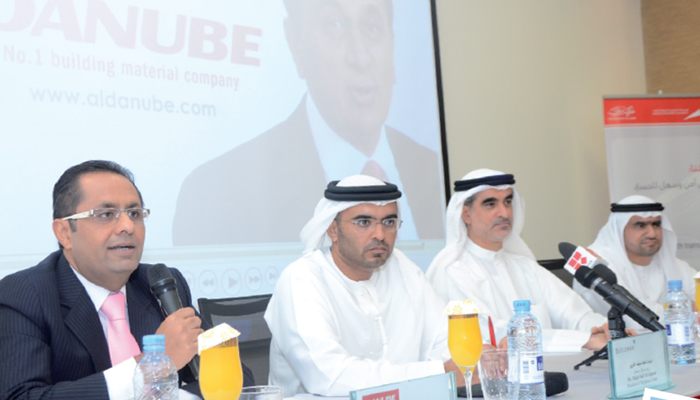 Danube Group, the leader in construction, building materials and shop fitting industries has joined Dubai Metro’s corporate bandwagon reinforcing its presence in the UAE. Under the second phase of Dubai Metro Naming Rights Project launched by the Roads & Transport Authority (RTA), the Jebel Ali Industrial Station, which is the second station from Jebel Ali soon to open to the public, will be named Danube Station.
The partnership, which is expected to run into billions, was announced in early November 2012 at the RTA head office in the presence of top RTA officials as well as Mr.Rizwan Sajan, Founder & Chairman of Danube Group.
At Danube, we strive to operate our business responsibly supporting our communities where we live and work. It is a great honor for Danube to join RTA and associate with Dubai Metro.