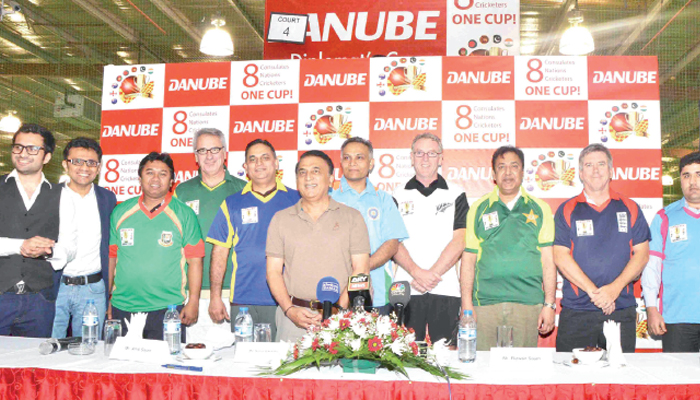 Sports diplomacy has emerged as an integral part in building and strengthening the ambassadorial relationship between various nations. In line with the same, Danube Group, hosted a Diplomat’s Meet on
8th March 2013 at Indoor Turf Insportz, Al Quoz, UAE.
The Diplomat’s Cup was the union of eight embassies into one, featuring India, Pakistan, Bangladesh,
Sri Lanka, England, Australia, Afghanistan and South Africa.The meet featured diplomats, ambassadors,
officials and staff from various embassies who enjoyed a fun-filled day of networking, international
culture, sumptuous food, and tons of high-end prizes and goodies. The main objective of the event was to bring the various expat communities closer to each other and
promote peace and harmony.

Seeing the huge response for the first Danube Diplomat’s Cup, Mr. Anis Sajan Managing Director of
Danube Group announced that this would be an annual event and thanked all the Consuls for their
participation. Mr. Anis Sajan who initiated the first Danube Diplomat’s Cup further added that the event
is a unique way to extend support to various expat groups and bring them closer to their country of origin.